2022 will go down as one of the most tumultuous and ultimately, damaging years in the brief history of the crypto space.

From its inception, the space has been plagued with controversy. This ranged from the early criticism that “Bitcoin is only used by criminals”, to the environmental impact of proof-of-work consensus, and more recently, retail investors being scammed out of their life savings.

The capitulation of FTX has been the final straw for many institutional investors, retail participants, and no doubt, regulators. This has been nothing short of crypto’s Lehman Brothers moment. Comparisons have been drawn against the Enron scandal, with Sam Bankman-Fried being center-stage as the villain.

This latest scandal follows a slew of meltdowns from earlier in the year, including Terra/Luna, Three Arrows Capital, Celsius, and more recently, BlockFi. More will follow in the coming weeks as contagion takes hold. What’s undeniable is that there are some systemic issues that need to be addressed.

Even the most staunch advocates of the space, myself included, are struggling to rationalize the aforementioned events. While the emphasis is often on a lack of regulation and gross mismanagement, I believe there’s an even bigger problem.

Crypto has a cult problem.

As flies to wanton boys are we to the gods; They kill us for their sport.

As populism has historically plagued the political sphere, the past few years have seen a similar cult of personality flood the crypto industry. The story is similar for many of them: they rapidly rise in popularity riding a wave of innovation, achieving god-like status to the point where it seems like they can do nothing wrong – until they ultimately do.

These personalities grow tremendous followings, only dwarfed in size by the net worth they personally accumulate. While many of their actions are dubious, they’re given the benefit of the doubt time and time again. Any criticism of them is met with aggression and ridicule from their following. Do Kwon, the founder of Terra, has to be the embodiment of this persona. His “LUNAtics” would support his every move, while he would openly mock anyone that questioned his brilliance. 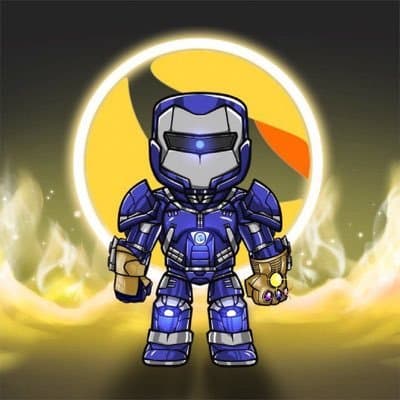 I don’t debate the poor on Twitter, and sorry I don’t have any change on me for her at the moment.

After the historic crash of Luna, fueled by a combination of poor economic design and gross mismanagement, Do Kwon watched as over $40bn of value disappeared from the hands of his supporters in little over 24 hours.

This isn’t the first time we’ve seen this kind of story play out.

Daniele Sestagalli, the one-time leader of his so-called “Frog Nation” (his equivalent of the “LUNAtics”) was found to have knowingly allowed Michael Patryn AKA 0xSifu, a convicted criminal and co-founder of the infamous QuadrigaCX scam exchange, to manage the near billion dollar treasury of his DeFi protocol, Wonderland. 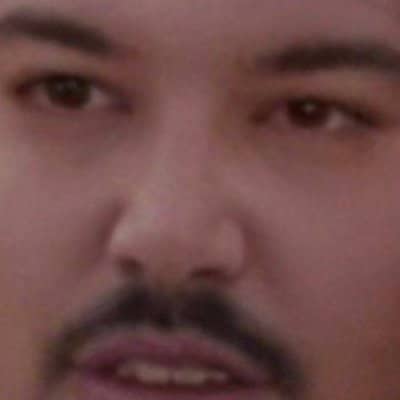 1/ Today allegations about our team member @0xSifu will circulate. I want everyone to know that I was aware of this and decided that the past of an individual doesn’t determine their future. I choose to value the time we spent together without knowing his past more than anything.

One of Daniele’s close friends, Andre Cronje – often referred to as the “Godfather of DeFi” for his creation, Yearn Finance, which many credit with sparking the DeFi Summer of 2020 – is yet another figurehead to cause maximum pain to retail investors.

After a multi-month marketing campaign to encourage as many DeFi protocols and investors as possible to move their funds into the Fantom blockchain, subsequently skyrocketing the blockchain’s total value locked (TVL) to over $8bn from under $1bn only a few months prior. This was all on the promise of lucrative rewards that would be delivered to those that participated in his new DeFi protocol, Solidly, which on its own saw a little over $2.6bn in locked value.

Within just a few days of this launch, Andre decided to “quit crypto” and go completely underground. The average drawdown of tokens associated with his projects was ~20% immediately after the news, and things only got worse from there.

What I find incredible is that the recent news that Andre Cronje is coming back to the DeFi space has been largely well-received. We’ve truly entered Stockholm syndrome territory at this point.

The actions of the aforementioned somewhat pale into insignificance when you consider what the likes of Su Zhu and Kyle Davies of disgraced hedge fund, Three Arrows Capital, were up to. The gambling of investor funds, gross mismanagement, and almost certain financial fraud left the already shaken crypto industry in a state of paralysis. And just when you thought we’d seen it all, Sam Bankman-Fried has shown us all of the above at a scale nobody had imagined.

The collapse of FTX and Alameda Research, two of Bankman-Fried’s companies, has seen billions of dollars in assets disappear with FTX alone estimated to have over 1mn creditors in its bankruptcy proceedings. The shockwaves caused by this implosion are claiming more new victims every day.

Outside of the financial losses, this latest scandal has done even more damage when you consider Bankman-Fried’s self-elected position as the face of crypto in congress. He’s been a key contributor to regulatory bills for crypto assets while also earning the title of the second-largest individual donor to the Democrats in the recent mid-term elections. It’s fair to say that politicians don’t love it when they end up with egg on their face, while regulators eye a knee-jerk reaction in regulatory legislation.

Where do we go from here?

Some of the damage done to the crypto space this year is measurable; the more than $44bn in lost funds in 2022 is an example of that, yet much of the reputational damage can’t be quantified so easily.

Looking to the future, it’s clear to me that, as an industry, we must do better. The recent situation with FTX has at least shone a light on the black box that is CeFi. We need more centralized exchanges sharing proof of reserves and greater transparency into how funds are being secured and managed.

Despite popular opinion on crypto Twitter, we do need more regulation. Regulation is there to protect people from the very kind of behavior we’re seeing time and time again from bad actors. Yes, the balance needs to be struck with not stifling innovation, but the current regulatory vacuum is doing more harm than good.

We should limit the reach and influence of cult-like figureheads that manage to deceive the very people that enabled their position in the first place. The now cliché phrase, “don’t trust, verify” has never been more aptly relevant here.

Now more than ever, we need adults in the room.